Arnold Falls is a fictional place on the Hudson River founded by Hezekiah Hesper–a wayward settler who has left its modern citizens with a confusing legacy, as the town has no waterfall and its main street and cemetery were inexplicably named after the infamous traitor, Benedict Arnold. Jeebie Walker is a life-long resident with a darkly sardonic sense of humor, whose complicated relationships and pointed observations about the town and its inhabitants make for an engaging narrator.

When Jeebie gets involved with his friend Jenny Jagoda’s mayoral campaign against incumbent mayor and entitled old boy type, Rufus Meierhoffer, Arnold Falls becomes a microcosm of zany American politics. Among the well-drawn and eccentric cast of characters include Duncan Elmore, who grows and sells heritage vegetables to NYC chefs and chic Hudson Valley restaurants (and on who Jeebie has an unrequited crush); Bridget Roberts, an ex-pickpocket/now successful theatrical agent and gossip; Annie O’Dell, a local TV personality known for her cooking show and desperation to up her ratings; and Sofia, Arnold Falls’ wise but jaded bartender.

Author Charlie Suisman’s narrative functions as–not only a fun bucolic tale with an edge–but also an in-depth, irreverent character study, as he dives into the perspectives of the town’s many residents. He also includes a hefty dose of quirky history of the town’s not so pristine past, including bordellos, Hezekiah Hesper’s disputed cause of death (spontaneous combustion?), and police raids. Suisman contrasts this effectively with the town’s current day weirdness, including a record store that excels at pairing music purchases with cannabis, Wiccan parties, FBI agents, shady real estate developers, artists and idealists. As Jenny’s political campaign gains strength with Jeebie’s help–amidst posting signage, debating, dirt-digging and sabotage–Arnold Falls and its residents become engaged in a hotly divided battle for the future of their home. But Jeebie longs for more personal triumphs, like finding love and connection amidst a town changed by the media, politics and the disconnectedness of the modern world.

Charlie Suisman’s ARNOLD FALLS is a kaleidoscopic, funny and compassionate tale of small town life and human fallibility, written in prose that is lyrical, compelling and compassionate. Readers will relate to at least one of Arnold Falls residents, if not see pieces of themselves in all of them. 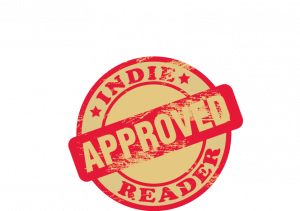